How many passports can a person own at most?

Americans can use two passports in parallel or "buy" multiple foreign passports without restrictions.

Business Insider asks "how many passports can a person own?" after Paul Manafort, former campaign manager of President Donald Trump, was discovered to own many valid U.S. passports in late October 2017.

Mr. Manafort has filed an application for different types of US passports up to 10 times in 10 years, according to the survey documents. The indictment states that Manafort has three passports bearing different numbers.

According to the US Department of State, citizens of this country may own a second passport or backup passport, but usually only applies to special cases.

This could be when citizens are banned from entry because of passports with visas or seals banned in some countries. This can also apply in case a person needs to go abroad unexpectedly, whose main passport is being held by the embassy due to delayed visa procedures. 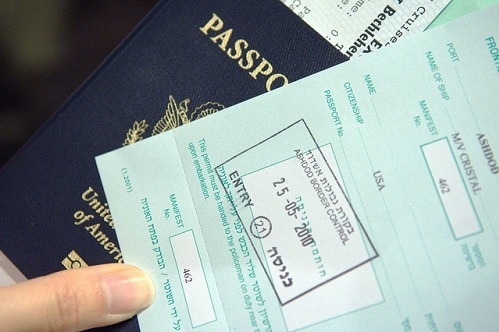 Passports with entry marks in Israel will be rejected by either the Iranian or Syrian governments, since these countries do not have diplomatic relations with each other. Photo: Iran Wire.

People who can apply for a backup passport are usually international aviation staff, international journalists and leaders of multinational corporations.

If a person is not eligible for a second passport and does not have dual citizenship, they may be able to find another solution. Some countries have policies that recruit wealthy foreigners as citizens or grant them extra passports.

Countries like Antigua and Barbuda, Grenada, Malta, Netherlands, and Spain have policies to recruit citizens thanks to investment. The cheapest passport is from Dominica, a Caribbean island nation where foreigners will be recognized as citizens immediately when investing $ 100,000.

The United States has a similar policy, the EB-5 program is one of the fastest immigration programs. With this program, a foreigner needs to invest US $ 500,000 in a project designated by the US Government. Within 3 years, the whole family will be granted a immigrant visa.

Own multiple passports at the same time

David Lesperance, Canadian lawyer, has 25 years of experience in the field of immigration. According to SCMP, David revealed one of his clients has eight nationalities, equivalent to eight national passports. This is a wealthy trader in Shanghai.

"I have to say he was finally satisfied, and refused when I asked him if he would like more Cypriot nationality. By that time he had dual EU nationality," David said. share.

Therefore, there is practically no limit on the number of national passports a person can own.

In particular, ordinary passports granted to all Vietnamese citizens, valid for not more than 10 years from the date of issue and not be extended. Official passports and diplomatic passports are valid for at least one year and up to 5 years from the date of issue, granted to Vietnamese citizens working in state agencies, extended once and not more than 1 year. 3 years.